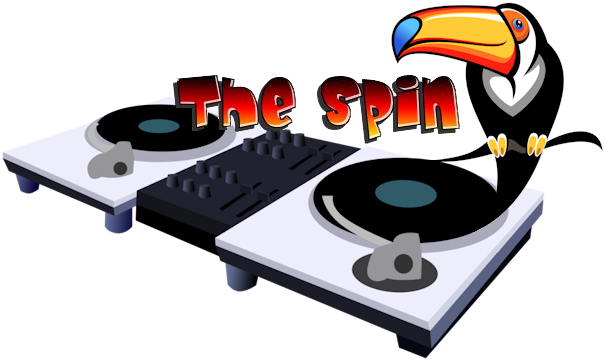 In past editions we talked about lighting, both ambiance uplighting and dance floor motion lighting.  There are other specialty lighting features that really target a specific need or want.  In this issue, we'll cover a few of these giving you a well rounded knowledge of what each does and how it can benefit your event.

Have you been to a wedding and seen the newlywed's initials cast onto the wall or dance floor?  Maybe a corporate event where the company logo or other shapes such as a building stencil is projected onto drapes or a hard surface?  This is accomplished using a GOBO projector, either a high-output (500-1000 watt) stage lamp for throwing the image long distance , or a low-watt LED projector that is relatively close in proximity to the display surface.  Both use a 'gobo disc', either made of stamped stainless steel or painted/colored glass that has a custom pattern and projects that pattern through an adjustable lens.   Some wonder what GOBO means, it's believed to have originated in the 1930's, meaning to 'go between' referencing the disc between the lamp and the lens.  The effect can be very elegant and sophisticated, which is why they are widely used in weddings.  It should be noted that standard video projectors are sometimes used for Gobo casting, to mix in motion or even changing images.

If there is one effect synonymous with dancing throughout the last 50 years, it would be the mirror ball.  Don't laugh, have you seen the young John Travolta with his signature move under the mirror ball in Saturday Night Fever?  While the flair has mostly lost it's luster with millennials, Baby Boomers and some Generation X find it a throwback to nostalgic days.  It's an inexpensive option to bring back the shimmering days of when disco and funk ruled Studio 54.  Very little has changed with the mirror ball, it still hangs from a slow revolving motor, although the lighting has now gone LED for the most part.  We offer this in our stable of lighting effects, so when you are yearning for a blast from the past we have you covered!

We touched on black lighting in a past edition, but it deserves more than just a mention.  Most colors, fabrics, and paints under natural light frequencies appear normal, that is to say they look like they look.  Throw a little ultraviolet light at them and suddenly that all changes.  Anything with fluorescent properties will start to glow, and not necessarily the color that you would expect.  The effect can be dramatic depending on the output of the UV lamps.

Glow parties are where black light really shines (see what I did there?).  Guests come dressed in clothing known to light up, and many times fluorescent table cloths, table settings, balloons, etc. are used to accessorize.  But it doesn't stop there, even weddings (I love it when the bride's dress becomes a beacon) can turn up the dance floor with black light and glow sticks.

Depending on what you are trying to achieve, combinations of different lighting effects can take you anywhere from sultry to eye-popping.  It's always good to have a general idea of what you want, and let experienced professionals give you advise on how to get there.  Too often we see well intended DIY efforts fall short of the expectation, which can be the difference between a good party and a great party!